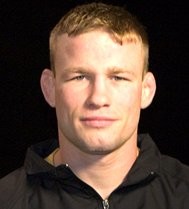 Entering its inaugural season in the Big Ten Conference, the Rutgers wrestling program made a big addition to its coaching staff, hiring longtime Big Ten coach and former grappler Donny Pritzlaff to its staff as associate head coach.

A decorated collegiate and freestyle wrestler, Pritzlaff owns more than 10 years of collegiate coaching experience at the NCAA Division I level. The Lyndhurst, New Jersey, native spent the last three seasons at the University of Michigan (2011-13) as an assistant wrestling coach after spending five years at the University of Wisconsin-Madison as the associate head wrestling coach.

Pritzlaff mentored four Wolverine All-Americans in his time in Ann Arbor, Mich., working closely with Kellen Russell, who captured his second NCAA title and fourth Big Ten title to finish a stellar collegiate career in 2012. Russell became just the 11th four-time Big Ten Champion in league history. Two Wolverine grapplers reached the national podium in 2014, as Pritzlaff and the staff helped lead Michigan to a 17th-place finish at NCAAs in Oklahoma City. An experienced recruiter, Pritzlaff has done nothing short of drawing top talent, securing a top-10 recruiting class in 2012 ranked No. 5 by The Open Mat, No. 7 by InterMat and No. 8 by W.I.N. Magazine.

Prior to arriving at Michigan, Pritzlaff served five seasons as an assistant coach at Wisconsin (2007-11), including the last two as associate head coach. He helped lead the Badgers to top-10 team finishes at the NCAA Championships in each of the last three seasons, including a fourth-place finish in 2010. Pritzlaff was instrumental in developing the Badger middleweight wrestlers, battle-testing notable performers under his tutelage such as NCAA champion and three-time All-American Andrew Howe, NCAA finalist Craig Henning and All-Americans Tyler Turner, Zach Tanelli and Kyle Ruschell.

In all, 36 Badgers qualified for the NCAA Division I Wrestling Championships in his tenure, a list that included 15 All-Americans, five Big Ten Champions and 19 Academic All-Big Ten members. As Wisconsin’s recruiting coordinator, Pritzlaff also oversaw and contributed to the development of the program’s future. He helped rally three top-20 recruiting classes according to InterMat, including the nation’s No. 2 class in 2008 and the No. 4 class in 2011.

Pritzlaff previously served as an assistant coach at Hofstra University (2004-06) and as a volunteer assistant at Wisconsin (2002-03). While at Hofstra, Pritzlaff worked with three-time All-American Jon Masa and two-time All-Americans Mike Patrovich and Chris Skretkowicz, helping guide the Pride to three-straight Colonial Athletic Association titles and an 11th-place NCAA finish in 2006.

As a collegiate wrestler at Wisconsin (1998-2001), Pritzlaff compiled one of the most impressive careers in the program’s history. Pritzlaff was a two-time NCAA 165-pound champion (2000, 2001) and four-time NCAA All-American, placing fifth as a junior at 165 pounds in 1999 and sixth as a freshman at 150 pounds in 1998. He became the 12th NCAA champion in Badger program history with a 4-2 sudden-victory decision over Iowa State’s Joe Heskett in the championship final.

He posted a 135-15 career collegiate record, including a 43-1 mark as a senior, ranking fourth among Wisconsin’s all-time winningest wrestlers. His .894 career winning percentage ranks third in Badger program history. Pritzlaff was inducted into the University of Wisconsin Athletics Hall of Fame in 2010. Pritzlaff’s success has continued on the international scene, as the experienced grappler completed a successful eight-year career in the 74 kg/163-pound freestyle division.

A native of Lyndhurst, New Jersey, Pritzlaff graduated from the University of Wisconsin in 2002 with a bachelor’s degree in sociology. He and his wife, Robin, have two daughters, Adalena and Onaliese.